2019 Presenters | Relevant Workshop
The Relevant Workshop is a place for wedding community members and creative business professionals to come together for a day of inspiration, education, and engagement which will elevate the wedding industry and strive to keep us relevant in our craft.
relevant workshop, maine weddings, maine wedding professionals, wedding education
1401
page-template-default,page,page-id-1401,,select-theme-ver-3.4,wpb-js-composer js-comp-ver-4.12.1,vc_responsive 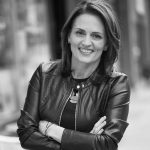 Molly McPherson helps organizations find the social sweet spot between communications and customer expectations. She combines her knowledge of current communication practices with years of news and public relations experience to develop the right plans and messaging for clients to protect and build their reputations. Molly is the host of the Confident Communications podcast and frequently speaks about digital communications, public relations and social media crisis response to executives and organizations. She is firmly grounded in the belief that communicating trust and transparency both online and off is key to an organization’s success in the modern age.

MAIN SESSION: “The Naked Truth: Your Business is Exposed if Your Clients Don’t Trust You“

To gain the trust of your customer, as a business owner you can’t just say you can be trusted – you have to show it. And in a category not built on repeat business, your social media and personal interactions must connect with the customer from the get-go. However, just adding stylized photos to Instagram and hoping for the best isn’t the best solution. In this session, Molly will share takeaways from the successes (and failures) with online interactions and uncover tips to gain (or win back) the trust of the customer.

“Relevancy is the currency of every successful business owner.” 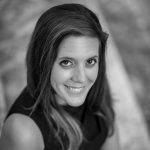 Colleen is an attorney and video producer. Her law firm, Bezich Law, serves individuals, small businesses, local government entities and non-profit organizations in the Philadelphia Metro Area and beyond. Colleen’s reputation as a thought leader and arts advocate has led clients from as far as Hawaii and the UK to consult with her on matters such as business start-up, contract matters & intellectual property, and invite her participation in numerous industry conferences- like Relevant!

Colleen founded and continues to serve as executive producer & general counsel for three (3) South Jersey-based video production studios, including Five Story Media, which counts the Philadelphia Eagles, American Airlines, the City of Philadelphia, NRG, and Philadelphia Ronald McDonald House among its clients. Although she retired from filming weddings in 2017, Colleen continues to oversee the operations of her two wedding cinema studios: Be Films and Pair of Hearts.

Colleen currently resides in Haddonfield, New Jersey, where she serves her community as a member of the Zoning Board, as well as the Celebrations Committee (which plans large-scale civic events for the entire community). She also serves on the Supreme Court of New Jersey’s District Ethics Committee, which investigates allegations of unethical attorney behavior. Her philanthropic efforts include advocacy & fundraising for the Alzheimer’s Association, handling pro bono matters for Philadelphia Volunteer Lawyers for the Arts (PVLA), as well as serving on the Board of LUCY Outreach in Camden, New Jersey.

When she isn’t at her desk or behind the scenes on one of her latest productions, Colleen can be found crafting, dancing or reading with her son, Luca; or planning their next family adventure with her husband & business partner, Anthony.

“I’m always challenging myself: How I can improve the lives of my clients, colleagues & community? Relevance, in this sense, means understanding others needs and wants, and being able to meet or exceed them by staying informed and engaged. It means connecting people, resources, thoughts and communities in ways that normally may have been ignored or underserved.” 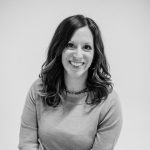 Natalie Pinney is the co-founder & Lead Planner of Whim Events, a full-service wedding planning, design and floral studio in Boston, MA.  Together with her business partner Moira Thompson, Natalie founded Whim Events in 2011 and has since designed and planned hundreds of weddings throughout New England. She specializes in joyfully and thoughtfully guiding couples through every stage of the engagement, with streamlined logistics, cohesive design and warm, inviting guest hospitality.

Natalie and her team were named 2018’s Best Wedding Planner in Boston by Boston Magazine and recently launched WED in 2019, an immersive one-day experience for couples to learn the transparent ins and outs of wedding planning from seasoned professionals. Natalie is also passionate about uniting local creatives in the community to promote collaboration over competition, and hosts the annual B LIST industry party for Boston creatives, which is in its 4th year.

This breakout session will focus on achieving sustainable business growth with your personal goals at the forefront. We will discuss the ins and outs of scaling your creative business including: when, how and why to scale, how to create a role for yourself that allows time for new projects or more free time, learning to overcome scaling challenges, understanding your capabilities as a small business, developing a framework to best assign or outsource tasks/roles to others, and most importantly, having a plan of action that meets with your true intentions.

“To me, staying relevant means constantly evolving and listening, even when it is hard to do so. Since we started Whim in 2011, so many things have evolved. In fact, the only thing that truly remains the same is our mission! Throughout our years, we have had to really take long and hard looks at our goals, understand and figure out our ideal client, analyze our best work, come to terms with our shortcomings, and be ok to talk transparently about it all. I truly believe staying relevant means not giving up in the face of challenges, instead paying attention to how you can continue to solve problems and streamlining your business to reflect the solutions.“ 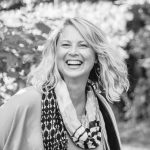 Nadra Edgerley began her career in photography over 18 years ago in northern California after graduating with a bachelor’s degree in Studio Art. Hundreds of weddings and thousands of beautiful moments later, Nadra is not only an accomplished photographer, she is a mentor and business coach to photographers and small business owners. She lives on the coast of southern Maine with her husband and four children.

BREAKOUT SESSION: “Is Your Brand Failing You?“

Is your brand working for you or against you? In this breakout session, you’ll identify areas where your brand could be failing to deliver your intended message. We’ll look closely at three top branding concepts: visuals, styling and pricing, and how they impact the success of your business.

“Being relevant to me means always learning and growing while staying true to your vision.” 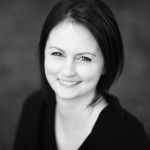 Leah Haydock launched her New England wedding photography business in the middle of one of the worst recessions the US has ever seen. Now in her 12th year of business, Leah runs a highly successful and profitable business with a six-figure income. Leah has won multiple international awards for her photography, her work has been widely published and she has spoken at previous Relevant workshops, Inspire, Maine PPG meetings and more. Leah worked in the corporate world of sales and marketing for 10+ years prior to photography and she brings this expertise to the small business world.

Elevate your business through flawless client experiences. The wedding industry is hot and crowded with more competition creeping in by the day. Our to-do lists have never been longer – email, blogging, all the hashtags on Instagram, broadcasting live from your car, networking – yet clients seem to constantly expect a cheaper, faster service. To be profitable and sustainable, create a flawless client experience. This session will break down the client journey, the 2 biggest mistakes that kill bookings, new ways to use your current client base to generate new leads, negotiating, discounting and saying no. 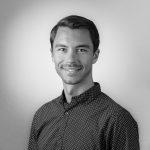 Lee Germeroth is both a wedding, engagement and creative portrait photographer as well as a digital marketing expert. Nearly 10 years ago he launched his photography business, growing that into a sustainable company while simultaneously working at a digital marketing agency. At the beginning of 2016, he left the agency to start his own marketing and creative company to supplement his photography business. Thus Germeroth Consulting & Creative was born.

His agency helps small-medium sized businesses with a full suite of marketing services including web design, SEO, social media marketing, email marketing, and marketing automation.  He is as equally passionate about capturing memories and serving his wedding clients as he is about helping business owners succeed.

As wedding professionals, we have very little repeat business, that is the whole point of weddings. We also have an industry that is flooded with an overwhelming amount of information for engaged couples. Rather than add to the noise and confusion with another newsletter to subscribe to, Lee will show you how to turn a lead into a client through a simple email series, develop a relationship as a trusted advisor to your client, and ultimately turn them into a brand ambassador and referral source for you.

We all have busy schedules as entrepreneurs and have to balance countless tasks both working in and on the business. Lee will instruct you to use your time working on the business effectively, rather than creating a monthly email newsletter that won’t work for a nonrepeat business clientele.

You will come away from this talk with the framework to build your own lead nurturing system, close more clients, set up a referral network and get more 5 star reviews.

“Staying relevant to me means keeping up with the industry trends, new tips, tricks, and tactics, while also using tried and true methods, and above all else serving your clients and putting their experience first while unfalteringly staying true to your brand.“ 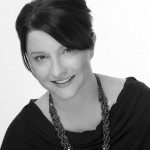 Beth Fitzgerald, owner of MaggPress LLC, is an award-winning full-stack web developer. She began her career in journalism and ran a successful photo studio for 15 years. After creating her own web startup, Beth won a Women Who Code scholarship and earned a certification in full stack web development. Beth coaches all-things-online, from social strategy to targeted traffic. Her keynote lectures on tech and digital marketing are fun and engaging. Beth’s business creates websites, apps and digital marketing plans for wedding and tourism businesses. Beth is also a mom, a wife, and a dog-lover.

OMG, you’ll never believe what we can do now! Get ready for another one of Beth’s infamous tech talks. Oh, child, in 2018 Google showed Apple how artificial intelligence is done. And, thanks to affordable artificial intelligence (AI) marketing tools coming to the market — things are about to change for your small business for the better. See what’s next for your wedding business and how to prepare. (Robots not included.)

“Today’s success is tomorrow’s mediocrity. This means anything appealing today might be appalling tomorrow.” 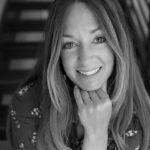 As a native of Vermont, Jennifer attended Vermont Technical College where she earned an undergraduate degree in Architectural Engineering before taking on roles such as Manufacturing Engineer, Project Manager, and Business Development Manager in the plastic injection molding industry, in which she traveled throughout the US and the globe. After nearly 20 years of dedicated service to others’ visions, she refocused her sights on creating personal freedom and positively impacting the world.

Jen is currently serving as Vice President on the Board of Directors for
The Chase Home for Children in Portsmouth, NH and Secretary of the board for Sustainable Seacoast, and has been a featured speaker at local events like Pecha Kucha and Ignite. She enjoys hiking in the mountains, luxurious car camping, French press coffee, and snuggling with her pit bull.

“I believe that any time you are connecting to and operating from your highest self, you will always be relevant.”